Following the completion of a missing rail link, DFDS now connects Sweden and Norway with Turkey and Southern Europe via efficient and environmentally sound routes that combine ferry and rail services. 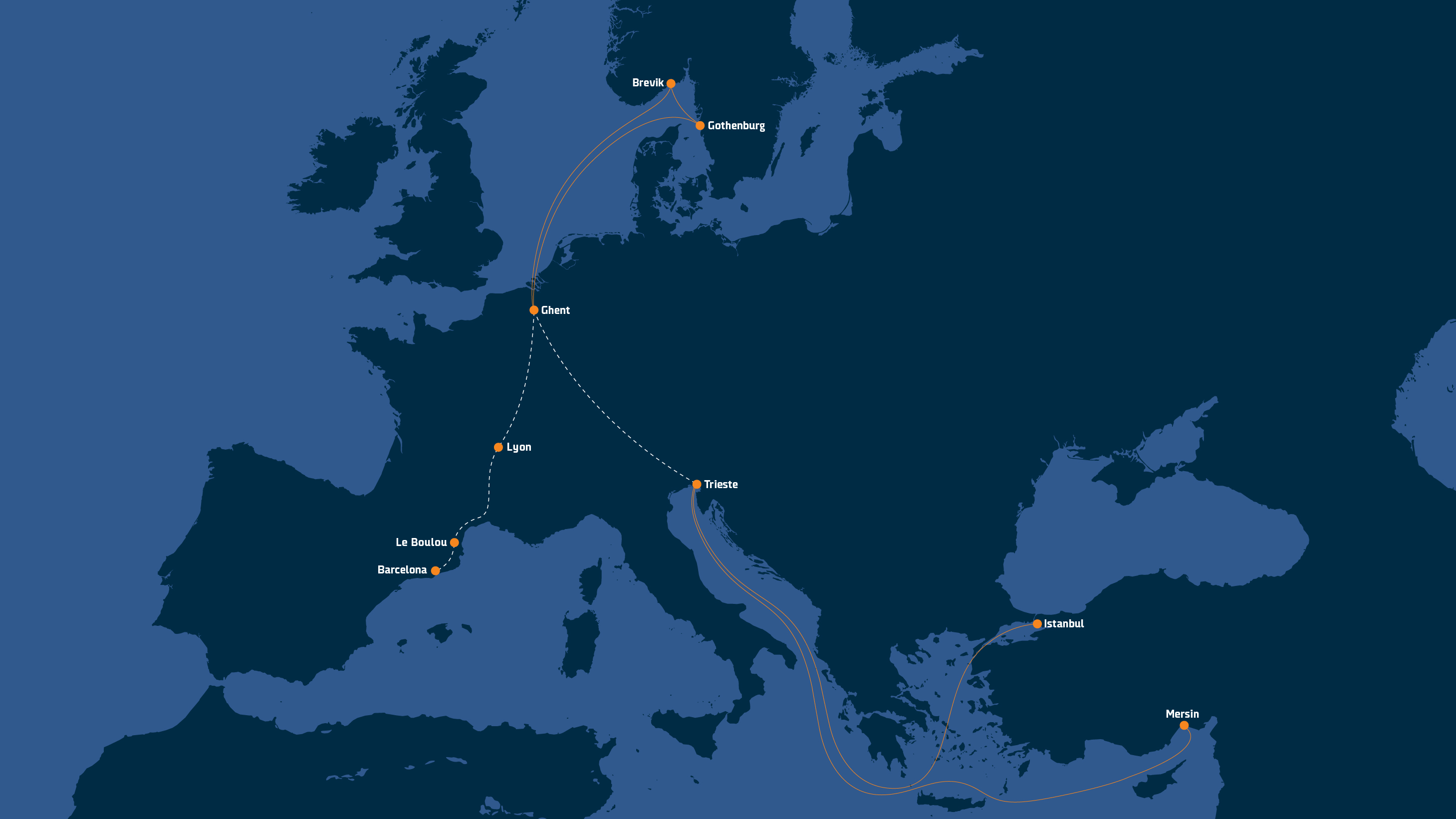 From 11 March, trains with trailers and containers from customers throughout Spain and Southern France will arrive at the DFDS terminal in Ghent for sea transport to Gothenburg for the Swedish and Norwegian markets. Or vice versa. This adds a further service to our intermodal links between the Mediterranean and Scandinavia, which will in the future offer the following services:

Lyon - Sweden/Norway in 4 days In Lyon, the rail-ship connection links the industrial region in and around Lyon with Sweden and Norway via the Ghent-Gothenburg freight ferry route.

Turkey - Trieste-Sweden/Norway in 8 days In Trieste, trailers from Turkey are transferred between ship and rail for rail-ship connection via Ghent to Gothenburg

The rail link to Ghent became complete when Ghent was connected directly with the railway hub in Bettembourg where trailers were taken to and from Ghent by road until now. “We will start up with 5 connections per week,” says Jens Juel, Head of Strategic Sales, Ferry Division

Lifting ‘non-craneable trailers’ “For the connection between Trieste and Ghent, a new lifting system enables us to lift any type of trailers onto the trains, including the so-called ‘non – craneable trailers’. This makes things easier for our customers, as there is no need to plan for a specific trailer to benefit from the rail connections,” says Nicola Lelli, head of Inter-modal at DFDS BU Mediterranean.

Several off-the-roads benefits! “There are several benefits for our customers and the general environment in using this intermodal link as it takes a substantial number of trailers off the European roads and reduces congestions. In addition to this, it reduces the need for trucks and drivers at a time where the availability of drivers is low,” says Jens Juel.

Transit times and schedules of shipping routes can be found here: https://www.dfds.com/en/freight-shipping