On Tuesday and Wednesday, the ships left Vlaardingen fully loaded. The many trailers caused delays on the roads leading to the terminal. 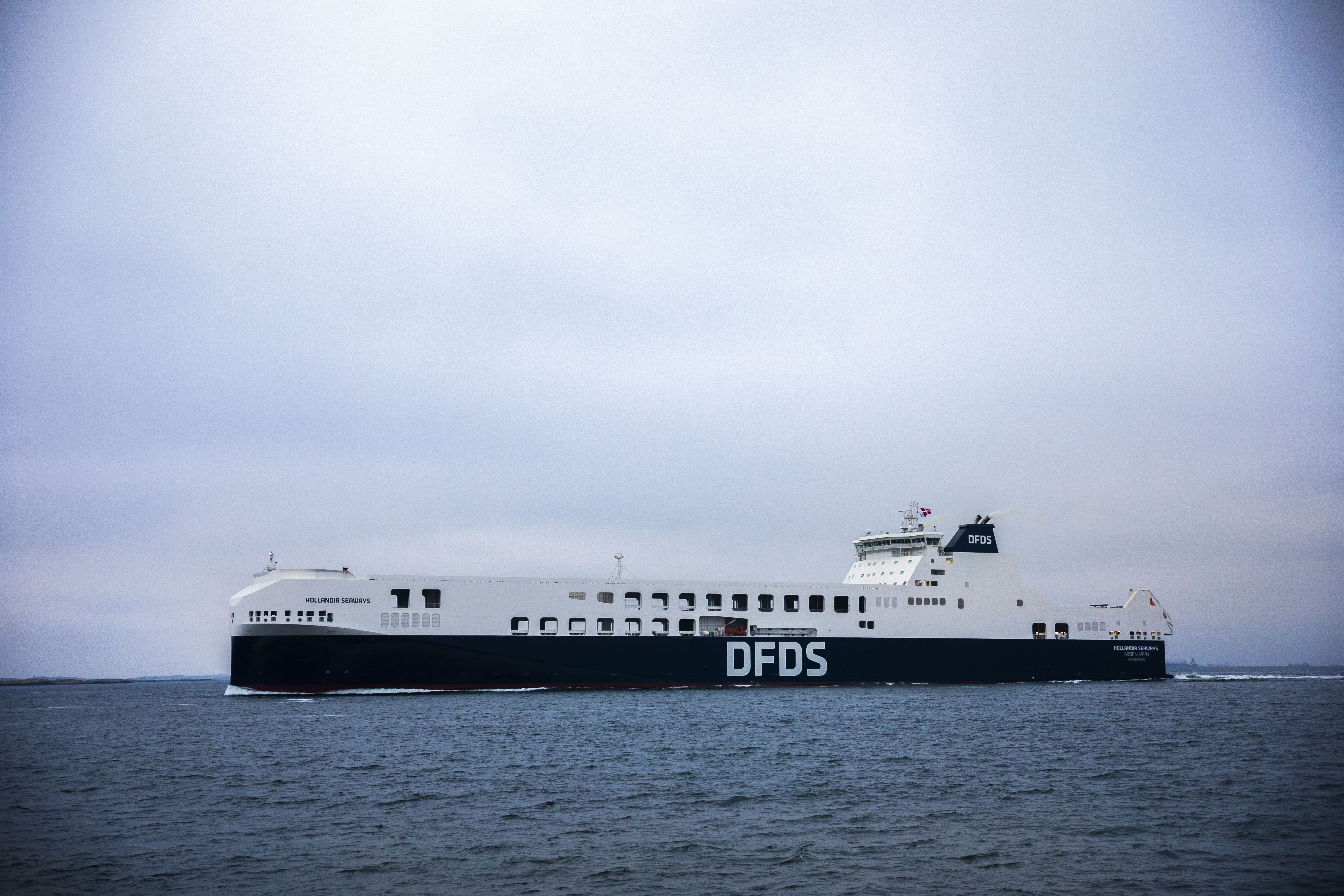 On Tuesday and Wednesday, Hollandia Seaways left Vlaardingen fully loaded. The many trailers caused delays on the roads leading to the terminal.

In Vlaardingen, they really look forward to welcoming Flandria Seaways, the fifth of the new mega freight ferries. She is scheduled to arrive from China at the end of September.

She is needed because volumes seem to be building up for the end of the Brexit transition period on 31 December, and this gave her sister, Hollandia Seaways, a great chance to prove the value of the huge capacity.

On Tuesday this week, Humbria left Vlaardingen for Immingham with some 435 trailers on board – the highest number of trailers ever loaded on a ship in Vlaardingen. And the following day, pressure was such that trailers were left behind when Gardenia departed the port fully loaded with 260 trailers.

“Pressure was so great that we couldn’t get all the trailers through the terminal in time so departure was delayed, and I heard that it caused a slow-down of traffic on the motorway leading to the terminal,” says Jacob Andersen, Managing Director of the Ferry Division in Vlaardingen.

“I am very pleased that we get those big ships as we really need them now, and I am confident that the challenge of getting the trailers through the terminal will be solved when we get our new, modern gate and we complete the expansion of the terminal area. We couldn’t have done this without the extraordinary efforts of my colleagues in Vlaardingen, at the gate, in the terminal, in the booking department and on board – in fact everywhere” Andersen concludes.