MEDALS FOR THE ARK FUTURA CREW

In 2016 Ark Futura transported chemicals out of Libya for destruction in Germany.

The mission was led by the Danish Navy. DFDS has an agreement with the Navy about supplying ship capacity for the transport of military equipment and goods. Ark Futura did so well that Frank Trojahn, Danish Chief of Naval Staff, awarded Captain Lars Gade Olsen and First Engineer Karsten O Andersen a medal last Tuesday as representatives of the entire crew.

"I am proud that the Danish Navy in collaboration with DFDS and Ark Futura was able to complete this important mission successfully and at very short notice. The Ark Project has once again proved its importance for our ability to intervene in missions such as this one," Frank Trojahn said. He also mentioned how important efficient ships and capable crews are for these types of missions.

DFDS' CEO Niels Smedegaard praised the crew. “It almost goes without saying that you make us proud. Even though we only operate one route in the Mediterranean, it is our presence there that has given us the most positive global attention and featured on the TV news. With your participation in the Libya mission you remind us all that we have another purpose than to merely get up in the morning, go to work and make money. You remind us how we can use our ships to help make the world a better place and improve the lives of people.”

Niels Smedegaard also thanked the Danish Armed Forces for "the fantastic Ark project that enables us to cooperate on always important missions."

The ship's captain, Lars Gade Olsen, expressed his gratitude for the medals and he thanked the support vessels from the Danish Navy and the British Royal Navy for their close cooperation. "When I got the assignment as captain of the ship, it was sailing peacefully between Marseille and Tunisia, so we were surprised when we were given this mission, but we felt safe during the entire mission due to the exceptional support vessels," he said. All crew members will receive personal recognition.

Ark Futura was also used to transport chemicals out of Syria in 2014, and the ship assisted in the fight against the Ebola virus by transporting vehicles to West Africa in 2015. 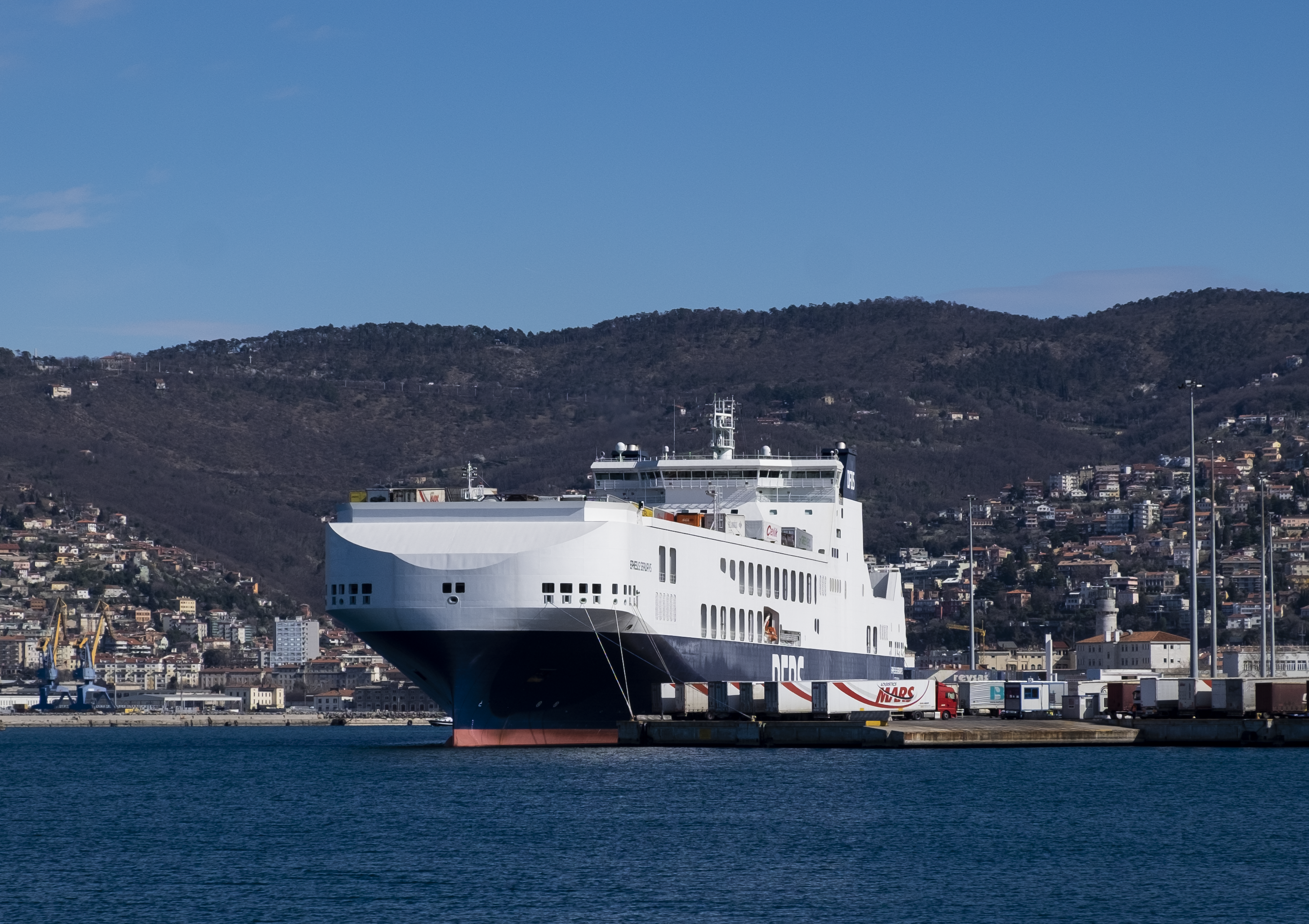 Despite Brexit: DFDS’ Win23 strategy set to create growth in 2020

Despite the Brexit uncertainty, DFDS has set the course towards a 4 % growth in revenues in 2020 driven by the initiatives introduced as part of the company’s Win23 strategy. Win23 will drive growth by focusing on initiatives in four strategic pillars.

On 7 March, DFDS’ largest ferry ever was named Ephesus Seaways at a naming ceremony in Istanbul and will soon set course for its first sailing to Trieste fully loaded with 450 trailers.

DFDS takes delivery of its largest freight ferry ever

DFDS is preparing for future growth with the construction of six new mega ferries in China. The first one was delivered to DFDS on 31 January and will be entering into service between Turkey and the EU during March.