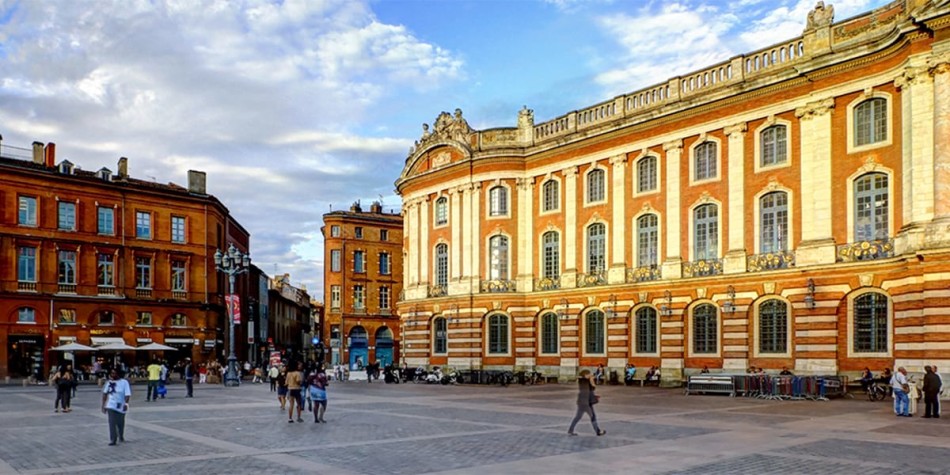 Toulouse is the capital of the Midi-Pyrenees region in southwestern France. It is located less than 100 km from the border with Spain, and 150 km from the Mediterranean.

Toulouse is known as the "pink city" (la ville rose) due to pink-colored brick used during the construction of many buildings. The city is also known for two locations on the UNESCO World Heritage List - the Southern Canal (Canal du Midi) and the Basilica of Saint-Sernin.

It is one of the most pleasant cities to visit in France, thanks to the well-preserved medieval history and a deeply rooted local identity. The city's pride is the local rugby club, local cuisine and artistic and cultural scene.

The city has not lost its medieval character - there are visible bilingual street signs in French and Occitan, cobblestone streets and exquisite houses with towers. 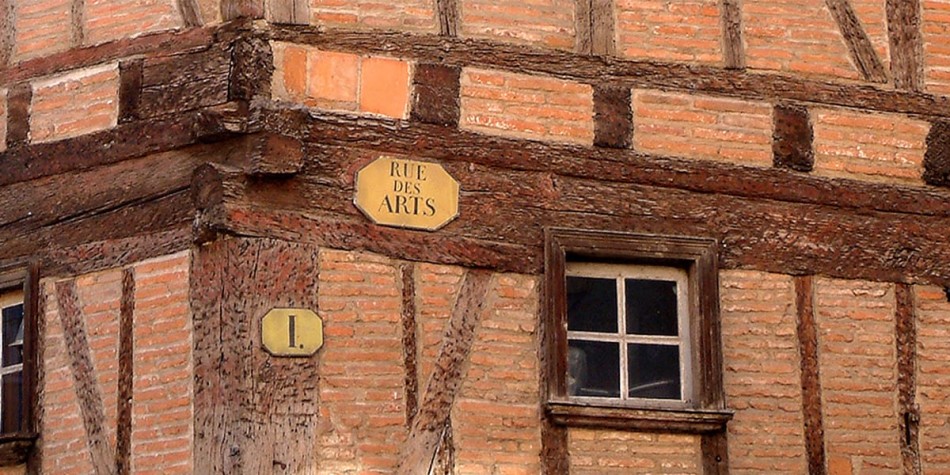 History of the city

Since the Iron Age, the valley of the Garonne River was a trade area.

In the 2nd century, the Roman army was stationed here, and in the 5th century, the city was taken by Visigothic Kingdom, becoming a capital. In the 8th century the Toulouse County was established, partly dependent on the Carolingian dynasty.

In 1229, the Paris Treaty was signed and the city was incorporated into France.

From the 13th century, the city became a literture center, after which the fortune turned away from the city. In the 15th century the city began to prosper again but in the 16th and the 17th century, riots between Catholics and Calvinists broke out in the city.

The Battle of Toulouse in 1814 was one of the last battles of the Napoleonic Wars. In the first decade of the 20th century immigrants from northern France, Italy and Spain arrived to Toulouse. In the 1960s immigrants from Algeria arrived and city expanded. 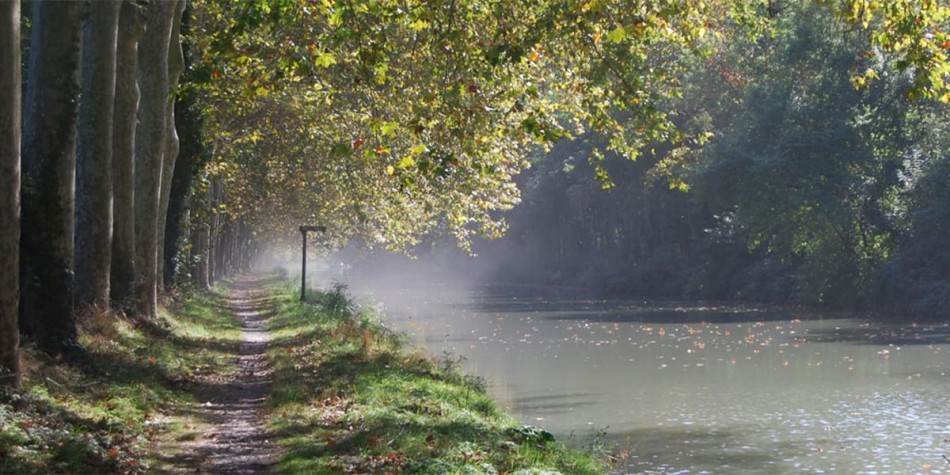 The famous Canal du Midi connects Garona River with the Mediterranean port of Sete. In 1996, the canal was addeed to the UNESCO list. Opened in 1681 as the Royal Canal of Languedoc, it was a private initiative of Pierre Paul Riquete. It was probably built to facilitate grain trade, as it shortened the journey from Toulouse to Sete. Later, it was used to transport passengers.

The construction of the Canal lasted 15 years - it was one of the largest construction projects of the 17th century.

Nowadays, the canal is used mainly for recreational purposes, as a source of water, and a tourist attraction. In summer, you can go on a cruise on the canal, find floating hotels or romantic restaurant-boats. There also are winding paths along the banks of the canal ideal for bikes, rollerblades and walking. 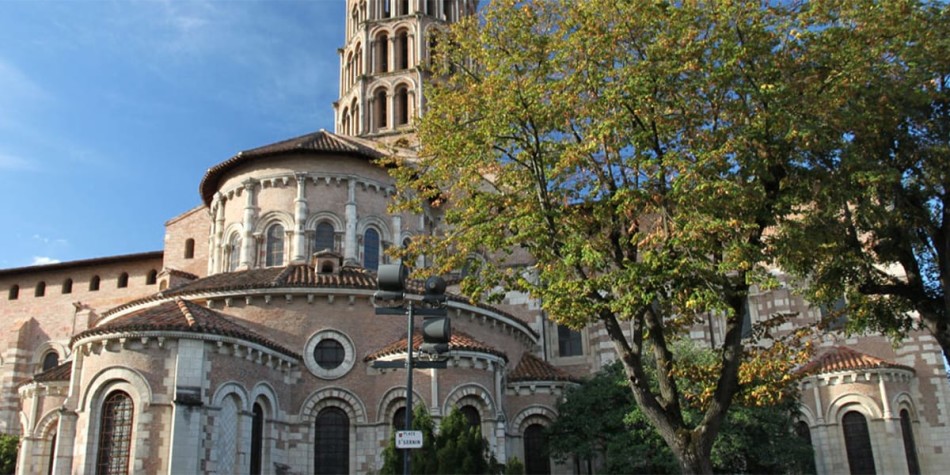 The Basilica of Saint-Sernin is one of the most recognizable buildings in the city. The object was formerly known as the Abbey of Saint Sernin, but only the church was preserved. The present church was built in the place of the previous basilica.

Saint Sernin, or Saturnin, was the first bishop of Toulouse and was murdered during the persecution of Christians.

The building is a perfect example of Romanesque architecture and is one of the largest pilgrimage churches. It is built mostly of brick but the stone was used to strengthen the building structure. The basilica has five tiers, and a transept consisting of three aisles. The presbytery and part of the transept are surrounded by smaller chapels. The main part of the temple consists of eleven arches and has a tower with gothic accents. Pay attention to the tympanum showing the resurrection of Christ, granite reliefs, and a crypt. 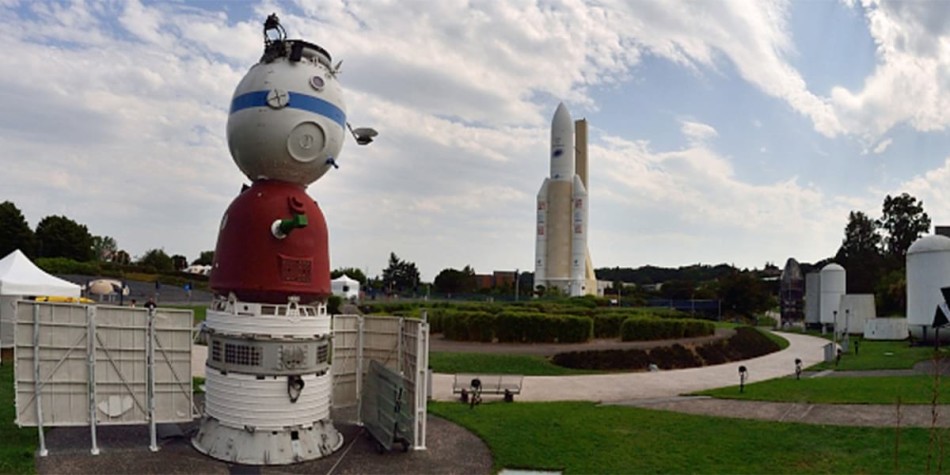 Outside the city center there is an open-air museum dedicated to space. It was opened in 1997 and attracts about 200,000 visitors every year.

The biggest attractions are the real size model of the Ariane 5 space rocket (55 meters), the Soviet Mir space station and the space ship Soyuz. There is also a large planetarium in which the presentations take place.

Children can enjoy interactive attractions, such as the Ariane 5 control center, and Terradome, which presents the history of the space and solar system. There is also a cinema which shows films about space.

The museum also has an area built specifically for children from 6 to 12 years old. They can learn about gravity, time, the phases of the moon and many other aspects of the universe. 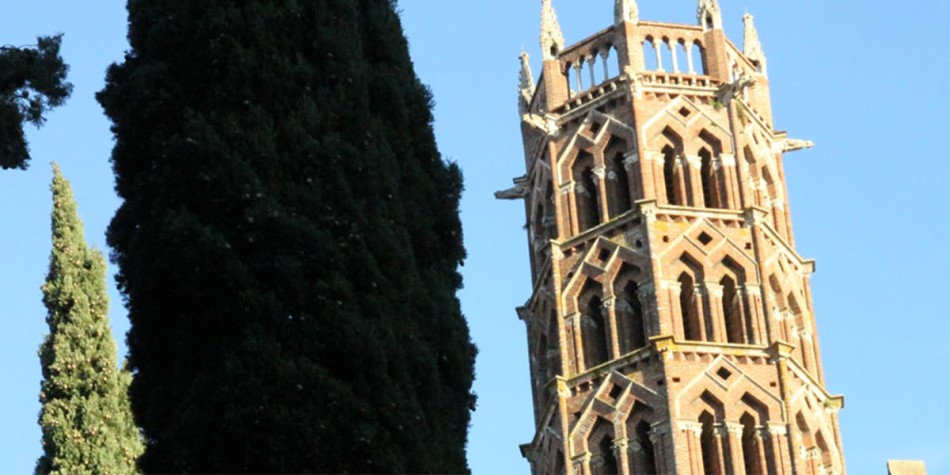 Church of the Jacobins

The Church of the Jacobins (Église des Jacobins), built in 1215, is part of a larger monastery complex, which is located in the historical center of the city.

The belfry is located on the north side of the church, and is 45 meters high. It was built at the end of the thirteenth century in a style similar to the Basilica of Saint-Sernin. The slim, octagonal tower has four floors and is decorated with numerous small details in a classic Gothic style.

Inside the church, the relics of Saint Thomas of Aquinas are kept.

Our routes to France

Our fastest and most popular ferry crossing, our Dover to Calais route takes only 90 minutes, allowing you to explore Europe at your leisure.

Our short, convenient sailings from Dover to Dunkirk are the perfect way to start a trip to Europe.

Head across the Channel on our Newhaven to Dieppe route and in just 4 hours you can sail in comfort from the south of England to France's beautiful Normandy coast.

With 3 relaxing routes to France, it’s easier than ever to visit the landscapes and historic cities of this amazing country.
read more

Characterised by picturesque, medieval town centres and extraordinary landscapes, Belgium boasts an endless list of things to do.
read more