First in the world: DFDS introduces eyes in the sky

As the first in the world, DFDS is introducing a drone support system as part of the equipment on commercial ships. The drone system will support the captains onboard when docking and sailing in narrow waters. But what does a drone mean for daily operations? 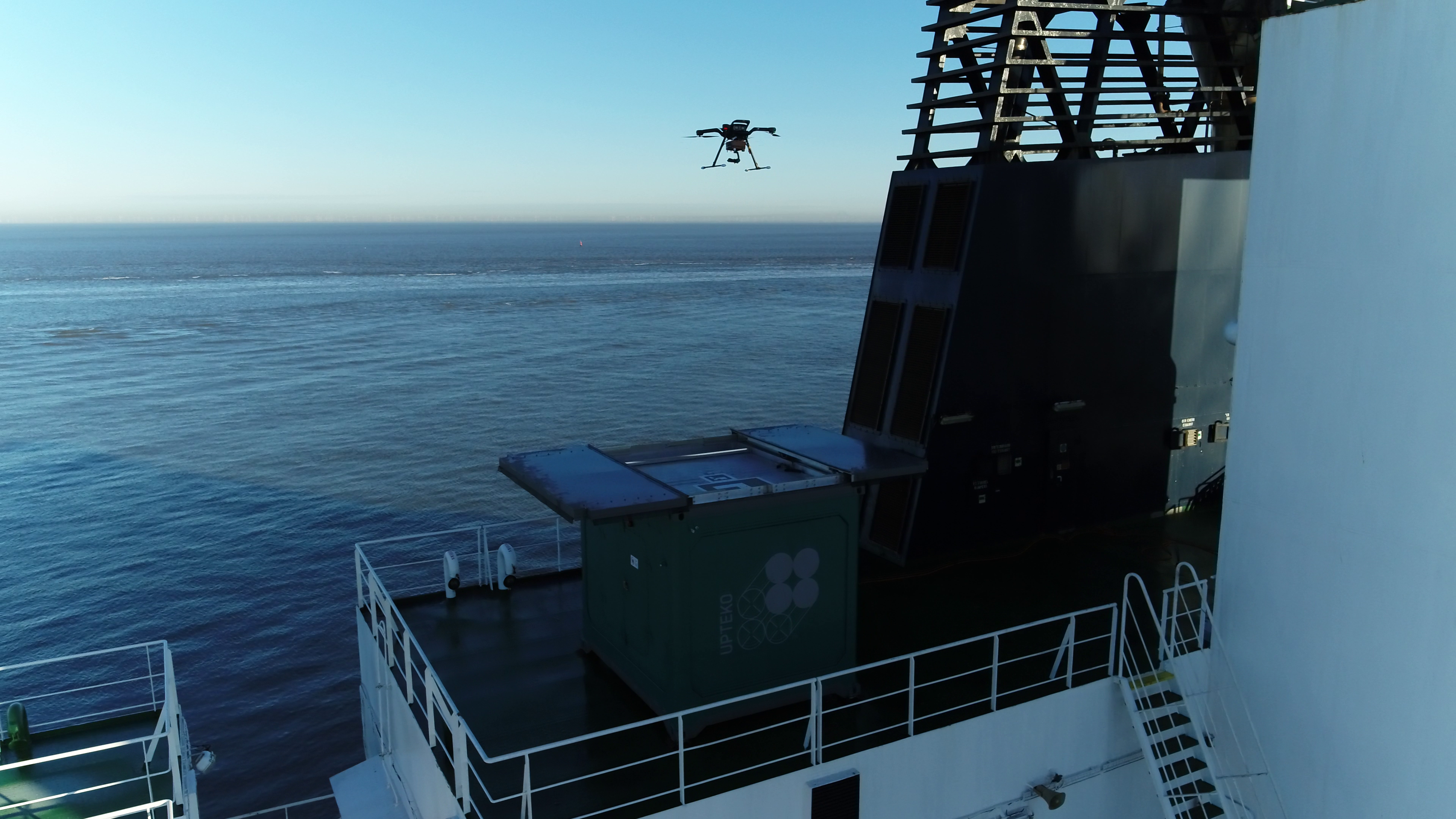 A year-long collaboration with Upteko has resulted in DFDS now being the first in the world to introduce a drone system as part of the equipment on commercial ships. The contract has been signed, and we are now implementing the new drone system on Selandia Seaways.

”Operating our vessels in a safe and efficient manner is crucial in our line of business. With our new drone decision support system, we are pushing the boundaries for how technology can add value in terms of safety and optimisation of operations,” says Rune Keldsen, EVP and Chief Technology Officer.

Eyes in the sky

The drone system is connected to advanced navigation and includes a charging station, lidars, a thermographic sensor and a high definition RGB camera. The drone is flying 120 meters up in the air, live streaming in real-time to the captain on the bridge, using a neural network to post-process the streamed video and calculating the distance between objects around the vessel. The drone will accurately provide the captain with important input acting as the captain's eye in the sky on departure and arrival in the ports and narrow waters.

Today, decisions are based on human observations and GPS, but the drone will in the future function as a decision-support system. The drone system will help optimize operations onboard the ships with its supportive function to the vital human perspective.

Looking into the future, the drone system will also be able to act as an extra set of hands when a person is in distress or if a fire breaks out onboard the ship. If a person falls overboard, the drone can fly back and locate the person using thermal and ordinary cameras.

“Using drone technology to support operations onboard our ships have been an area we have been investigating with great interest. We are proud of this collaboration which will push large-scale utilization of drones to solve a number of tasks. This will in time result in improved efficiency and, more importantly, improved safety onboard our ferries.”

The development of this new technology has been supported by Danish Maritime Fund and ShippingLab/Innovation Fund Denmark.