DFDS and Danish Crown signed a contract that extends our cooperation on transport of meat to the UK by 2.5 years. 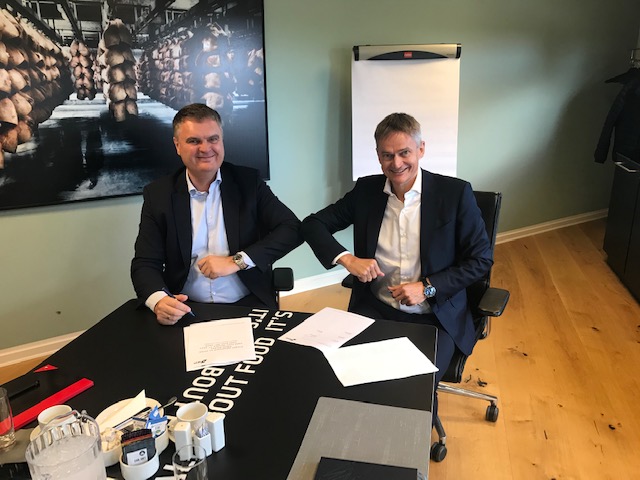 DFDS’ sailings from Denmark to the UK is as old as the Danish supply of bacon for the famous English breakfast tables itself, and now we are certain, that the export of bacon to the UK will be lifted by our ships out of Esbjerg for another 2.5 years at least.

“It was a very good day for DFDS. The meat export makes out a considerable part of our volumes on the Esbjerg-Immingham route and we are quite proud of being part of one of Denmark’s oldest export successes,” says Kell.

Due to the long standing and close cooperation with Danish Crown, it has also been agreed that DFDS will support Danish Crown with import customs services after the end of the Brexit transition period.