It's time for a new adventure

Who doesn't like a holiday trip? Even the planning of the trip gives a wonderful feeling and you are excited while waiting for it. The New Year comes with promises of new adventures, so perhaps this is the perfect time to start planning for new trips? Here are 20 ideas for the 2020 travel season. Choose the best or maybe even try them all? 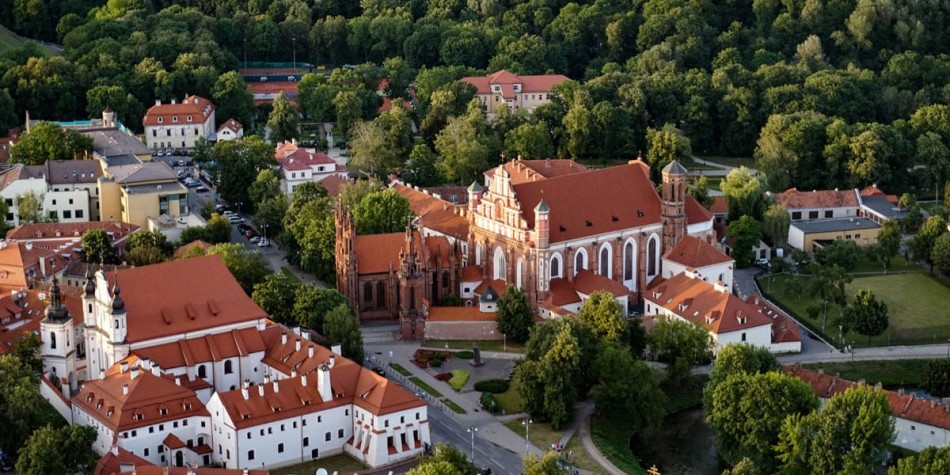 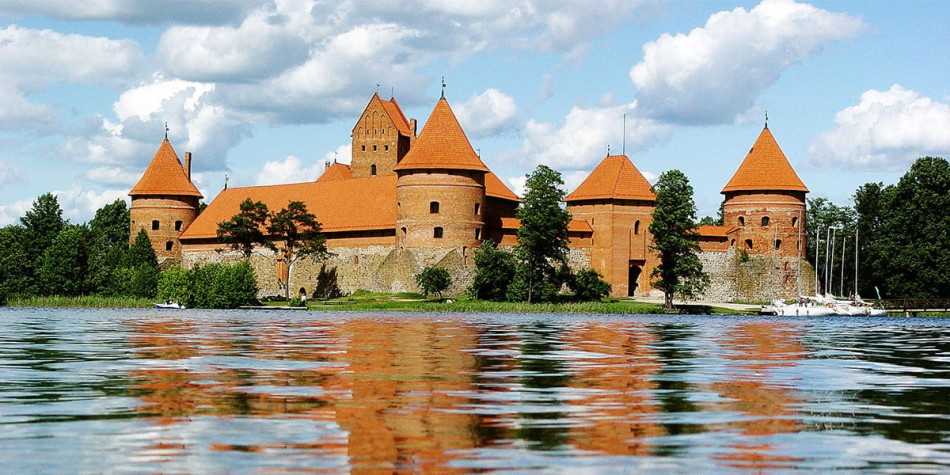 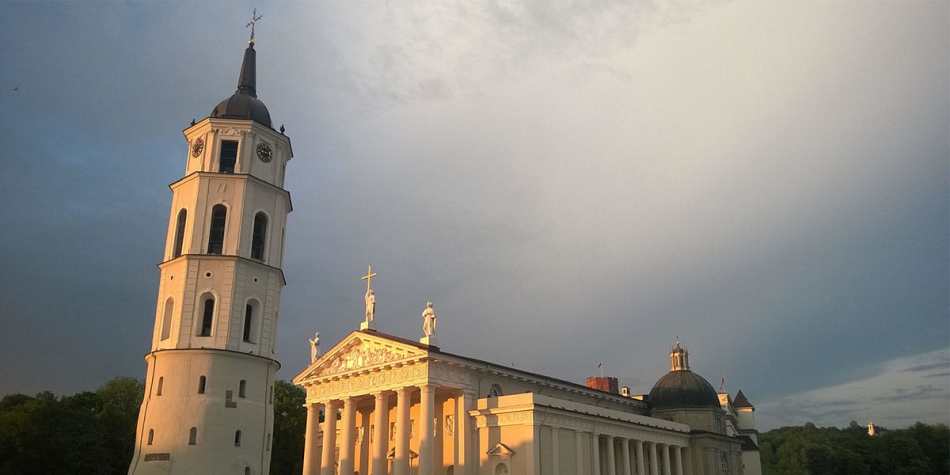 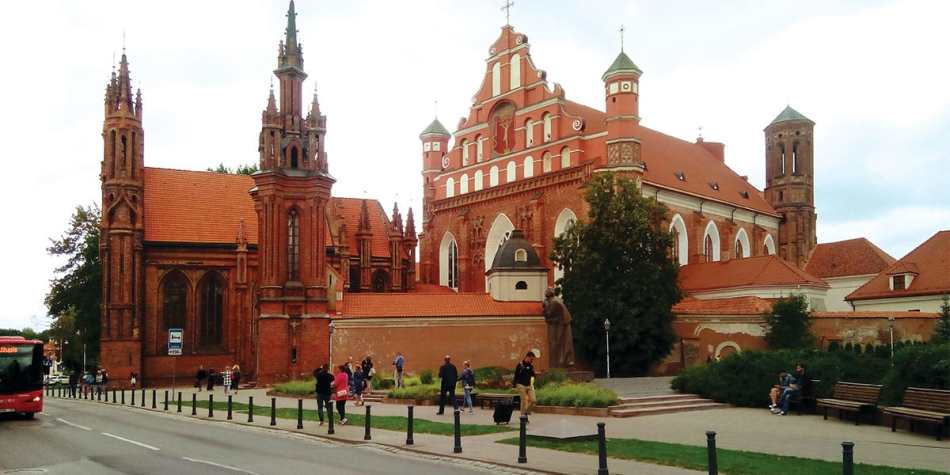 THE CAPITAL - THE HEART OF THE OLD COUNTRY

1. The Old Town of Vilnius

The old town of Vilnius is included in the UNESCO World Heritage List and is located where two of Lithuania's largest rivers merge.
It is known for being one of the foremost medieval cities in Europe thanks to the fantastically well-preserved buildings and demonstrates both Gothic, Renaissance and neoclassical style.

The resort of Trakai is located on a lake and is a historically important city located near Vilnius. The perfect choice for a day trip if you want to leave the city for a while.
Trakai was founded in the 13th century and here you will also find Trakai's historic national park which was started in 1991. One of the city's main attractions is the island castle, where also Trakai's castle festival is organized, and the whole city is surrounded by beautiful water views.

3. The Cathedral of Vilnius

The Cathedral of Vilnius began to be erected in the 13th century under the watchful eye of King Mindauga, who ordered it to be built.
The building has burned down to the ground several times and the building on the site was rebuilt in 1801 in the neoclassical style.

St. Anna's Church in Vilnius is one of the most beautiful buildings in Lithuania with its picturesque towers in brick and rose windows
The spiers from 1501 were designed in the Gothic style and inside the church you will find both high ceilings and carved church benches.

5. The gates of dawn

The gates of dawn are part of Vilnius' original defensive walls from the Middle Ages.
At that time, the walls had nine entrances with a picture of the Virgin Mary as a symbol of good fortune and of protecting the city. 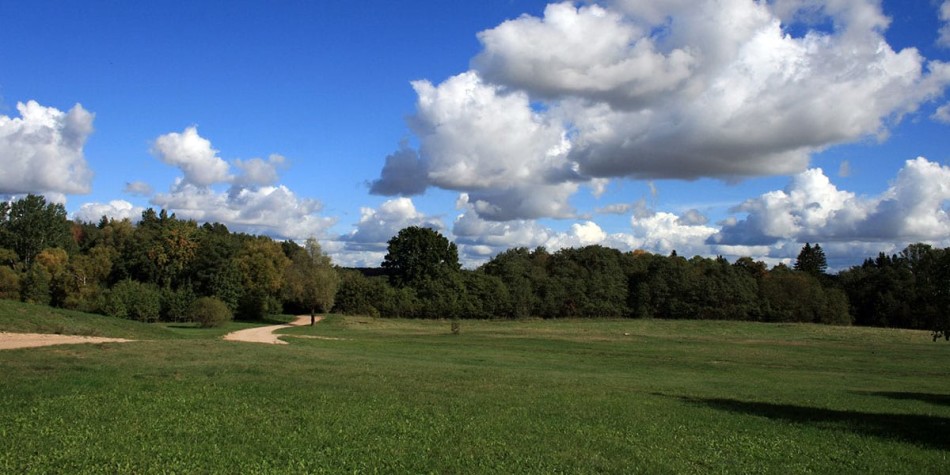 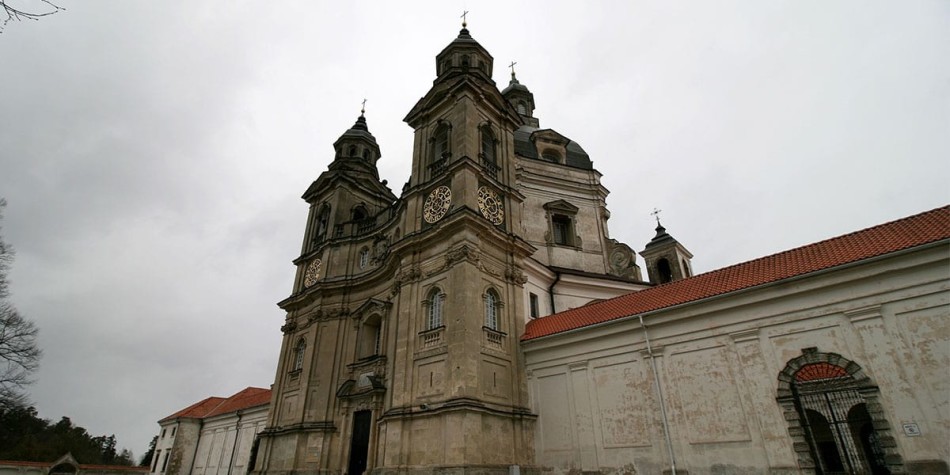 Grutas park consists of a cultural center with a number of slightly strange relics from the Soviet era as well as a connecting garden with sculptures.
After independence in 1991, Lithuania began to pick down and carry away monuments from the Soviet era and these have now been preserved in the park.

An impressive 30% of the park consists of water and there are also 30 rivers and 126 lakes.
The most famous is Baluosas which has seven islands that you can wander through to experience the fantastic natural landscape.

The Romanesque Outdoor Museum is the best place to visit if you want to learn more about the fascinating folk traditions found in Lithuania.
This open-air museum is a tribute to up to 200-year-old traditional customs and customs and contains indigenous costumes, traditional toys, historical buildings and religious artifacts.

9. The Church of the Holy Spirit with 16 altars

The interior of the church is a fantastic sight with its decorative carved wooden benches, floral arrangements, gilded furniture and colorful decorations.
There are also different colored frescoes and marble inserts and impressive 16 altars.

Pažaislis monastery is considered to be the most beautiful building example of Italian Baroque in Lithuania and together with Kauna's church it is also the largest monastic complex in the country.
The monastery was built in 1662 and restored in the 1990s when it had previously been used as a mental hospital and art gallery. 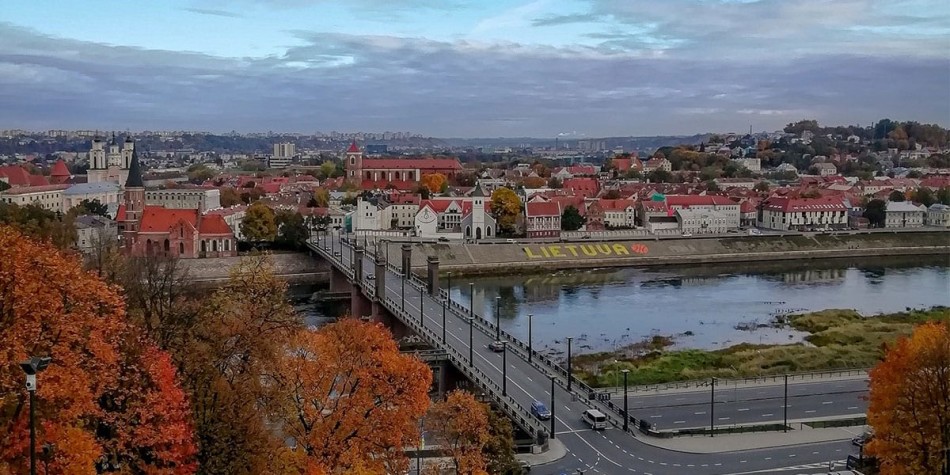 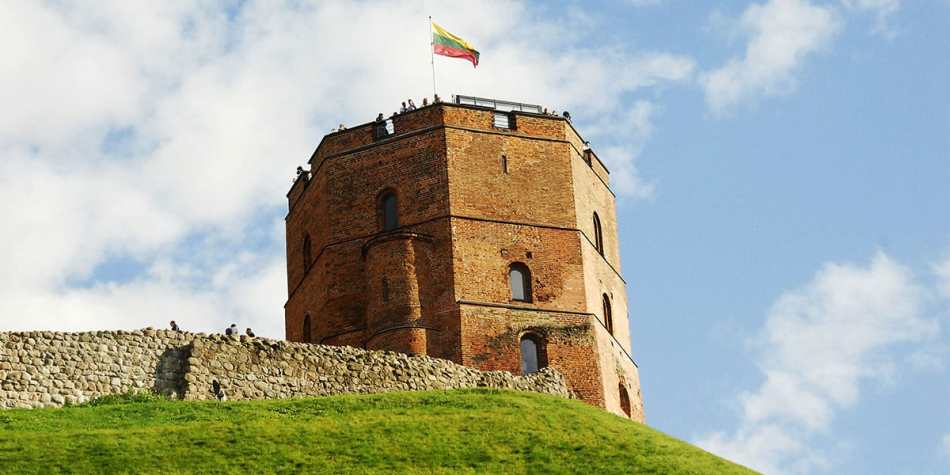 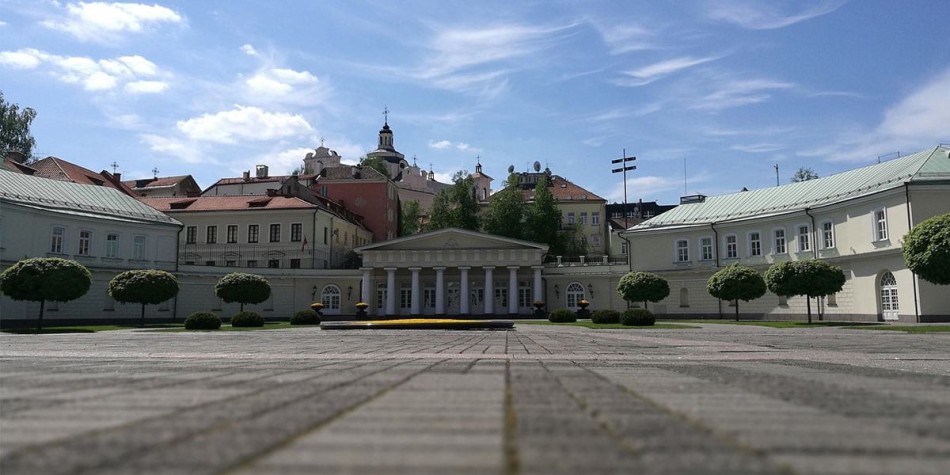 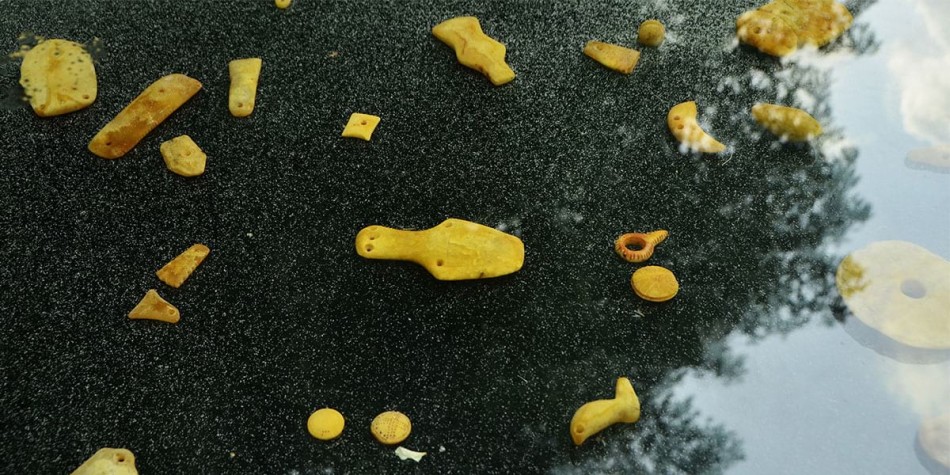 PLENTY TO SEE OUTSIDE THE CAPITAL

Kaunas is considered to be Lithuania's foremost cultural city as it houses 40 museums and the picturesque old town.
Many of the buildings found here are examples of Baroque, Renaissance and Gothic styles and some of the main attractions are the Basilica of Kaunas Cathedral, Kaunas Castle and Vyauta Church.

Gediminas castle tower is part of what would have been called the upper castle, a larger complex built in the 13th century in Vilnius.
The tower is located 48 meters above the city, which gives a fantastic view. Take a closer look at the characteristic hexagonal shape from the outside or explore the weapons and armor exhibit on the inside.

Užupis was formerly part of neighboring Vilnius and was then known to be the largest Jewish area in the city.
In 1997, they were declared independent of Vilnius and have their own president and even their own constitution.

The Amber Museum in Vilnius is located in the basement of a home dating back to the 15th century and here you will find amber that is said to be over 50 million years old.
In addition to traditional amber, amber is also found in other colors such as red, green, black and white and some even contain fossil remains of insects. 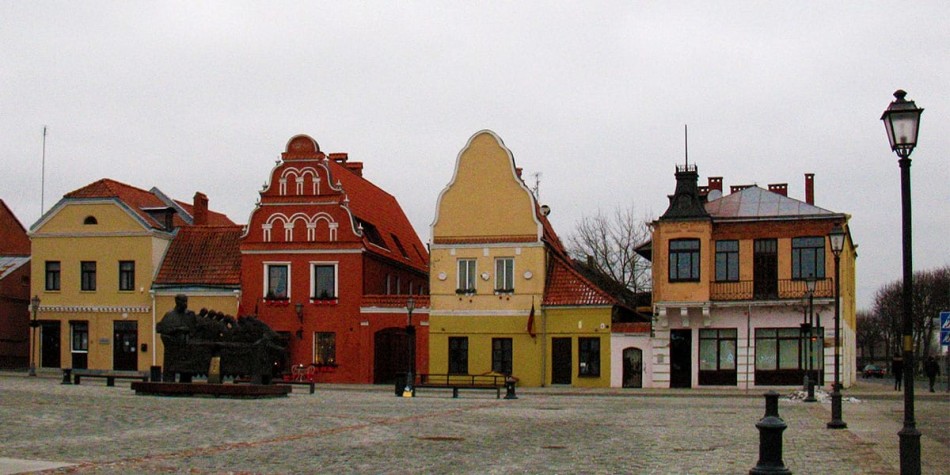 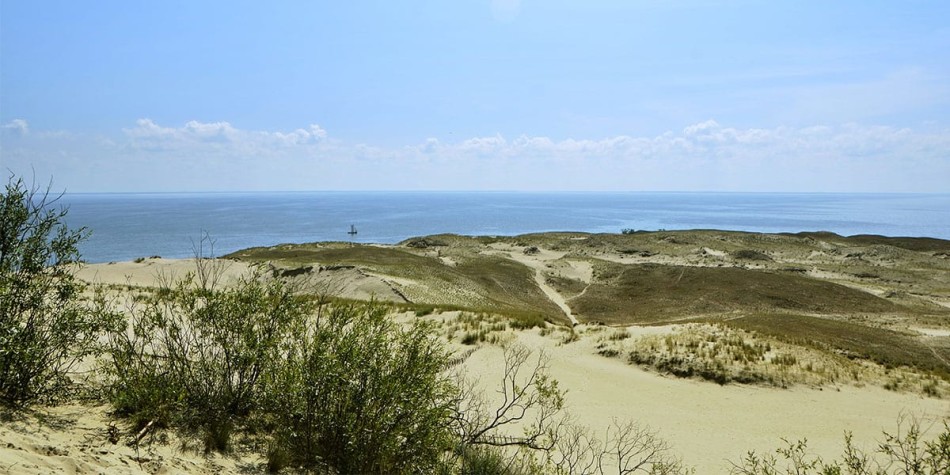 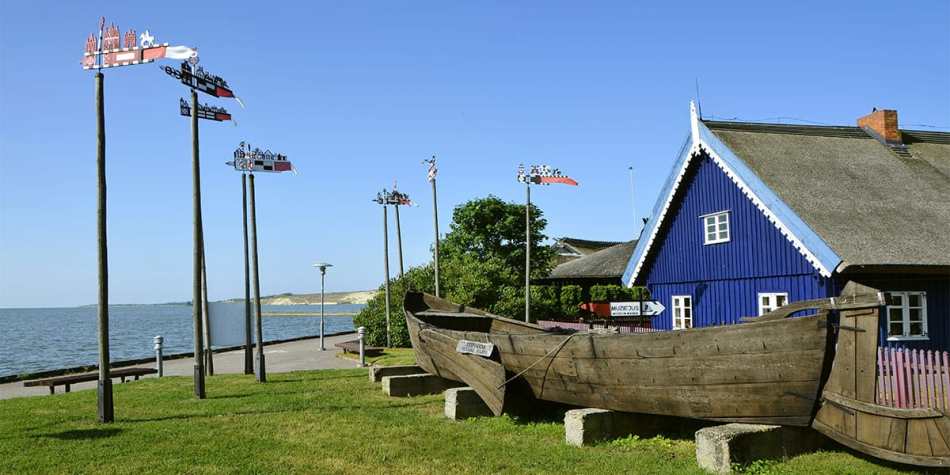 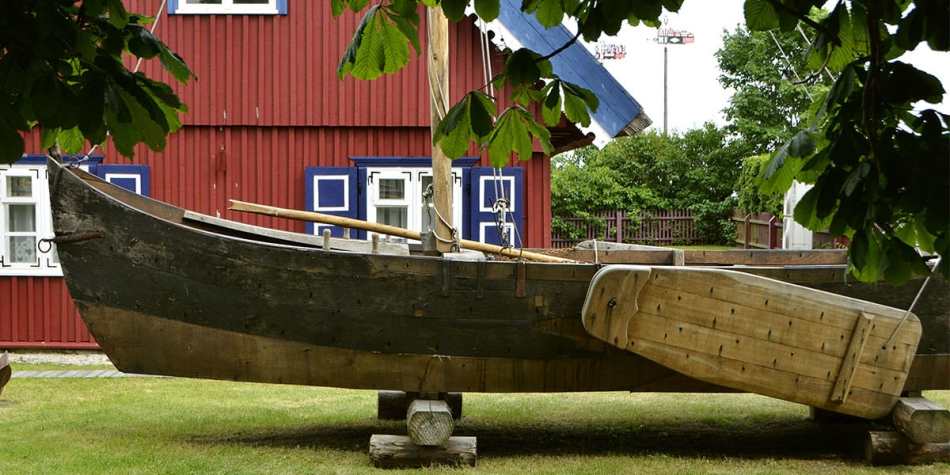 A HISTORICAL LOOK BACK

In the past, bees were considered sacred in Lithuania and even in modern times honey is considered a symbol of friendship.
The beekeeping museum, which is located in Aukstaitija National Park, is one of the most unusual attractions in Lithuania and opened its doors only in 1984. The museum communicates the story of beekeeping in the country over the years and you can take a closer look at related tools and cupboards.

17. The old town of Kėdainiai

The old town of Kedainiai is known for being one of the oldest cities in Lithuania and is covered by Baroque architecture.
The city was founded in 1372 and used to be a fishing village before it grew in size and the city center is full of beautiful sights.

One of the most well-known attractions in Kaunas is the Atomic Bunker Museum, which gives a glimpse into the war history of Lithuania.
The museum is located in a nuclear weapons bunker six meters below the ground and was built during the Soviet period.

The Curonian nose is a long sandy strip between the Curonian lake and the mighty Baltic Sea.
The nose is the result of a glacier that existed 5,000 years ago and here are some of the highest sand dunes in Europe.

Caused by the endless sand dune and find inner peace in Lithuania's jewel Neringa. The nature of the Kuric nose differs from the other regions of the country. At this location, which is surrounded by the Baltic Sea and the Kuric lake, life goes a little slower and the local history is kept alive.

With our daily, overnight crossings between Klaipeda and Karlshamn, DFDS provides the perfect link between Scandinavia and Eastern Europe.

Our Baltic sea route from Kapellskär to Paldiski links Sweden with Estonia. 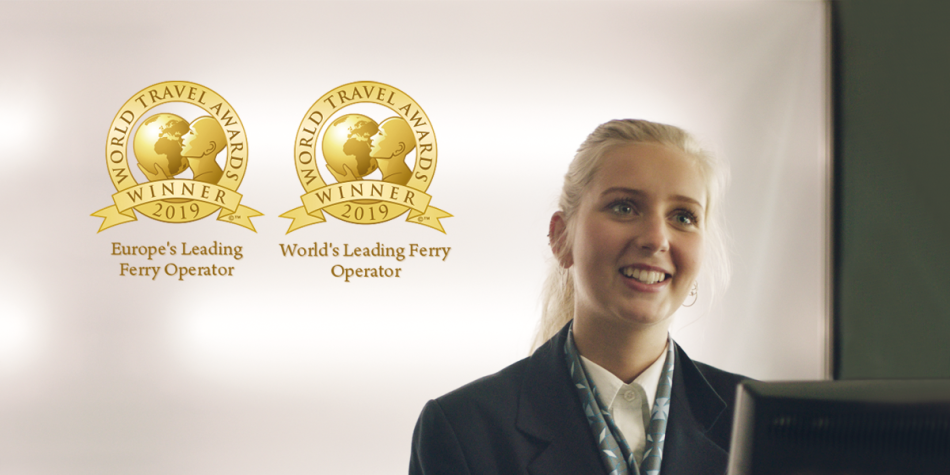