The impact of self-driving trucks

“If you’re able to strike up the right partnership between experts in transportation and technology, you’ll simply outperform the competition.”

The subject of self-driving trucks has evolved from utopian fever dream to a serious prospect in no time at all. In fact, experts estimate that the road to nearly fully autonomous fleets will not be much more than a decade long. Regardless, the implementation of self-driving technology will happen gradually and require more than a little oversight until the autonomous infrastructure is refined further. There is, however, plenty of incentives to work towards a more autonomous supply chain: from lessening the industry’s environmental impact to slashing logistics costs by up to 40% as estimated by McKinsey.

Companies like Scania and Volvo have already taken the first steps towards self-driving fleets. In 2016, a fleet of semi-autonomous Scania trucks completed a journey from Sweden to the Netherlands using a technique called platooning, in which a driver pilots the leading vehicle while the rest follow along automatically. Meanwhile, Volvo is taking steps to bring self-driving products to market and just last year signed a minor contract for autonomous logistics with a Swedish mine. 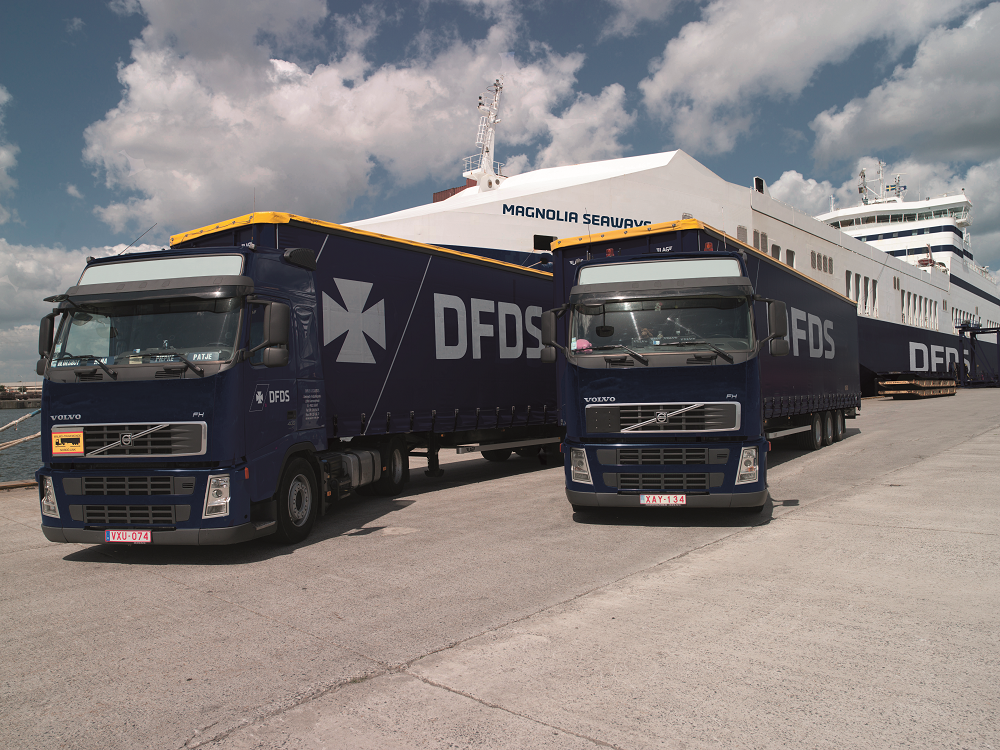 While there are obvious benefits to autonomy – from streamlining delivery lead times to slashing operational costs – the technology presents more complicated upsides and challenges than most realise.

In terms of upsides, self-driving technology will enable companies to tap into their latent capacity and effectively eliminate off-hours. Machines won’t have to take breaks, can work nights, don’t take vacations and so on. To that effect, Strategy& estimates truck usage to rise from the current 29% to an impressive 79% thanks to autonomous technology. Additionally, autonomy may help to resolve the industry’s mounting personnel issues, with qualified truck drivers being in increasingly short supply. Autonomy will also play a part in reducing the industry’s impact on the environment as platooning will minimise air drag and optimise fuel consumption.

As for challenges, the question of jobs is often brought up. However, it’s difficult to predict the exact impact of autonomy on employment numbers. This is, in part, because of the current shortage of drivers, which will likely only worsen as a considerable percentile of truckers is set to retire in the next decade or so – in tandem with the predicted rise of self-driving vehicles. Furthermore, it’s important to note that self-driving trucks will require plenty of monitoring and assistance in the short term, and almost certainly create a significant number of new jobs in the long run.

Apart from the subject of jobs, autonomous logistics is sure to have ripple effects throughout related industries. For instance, restaurants, gas stations, hotels and so on, which depend on their proximity to busy highways will likely suffer a loss of business. Additionally, the industry will have to overcome certain legal obstacles before large-scale implementation of the technology is feasible.

It’s precisely this combination of tremendous upsides and significant challenges that makes autonomous driving such a hot-button topic. While the subject is frequently reported on, the finer details tend to get lost in the conversation.

There are at least three ways in which self-driving trucks will impact the logistics industry tremendously.

1. Changing Paradigms of Liability and Safety

Current liability regulation is based on the premise that vehicles are operated by drivers who can be held responsible in the case of accidents. That, of course, isn’t the case with self-driving trucks. The issue of liability is essential to the future of autonomy, as both regulators and citizens need assurance that the responsible party will be held to account when things don’t go according to plan. “In that sense, legislation is the greatest obstacle for autonomous logistics,” says Mads Bentzen Billesø, Senior Project Manager of Innovation and Technology at DFDS. “I’m certain the technology will mature. The question is whether the law will catch up.”

It’s not clear who exactly should be liable in the case of accidents with autonomous vehicles - the manufacturer, the software running the car or the supervisor monitoring the fleet from afar? Still, the impact of the accountability conundrum on the industry is crystal clear. “For some manufacturers, a single accident is all it would take to swing public opinion and close down their production,” says Billesø. And yet, one could argue we’re all viewing safety in the wrong light.

While it’s true that self-driving technology isn’t adept at handling certain edge events like, for instance, a flat tire, autonomous vehicles are generally safer than their human-operated counterparts. “There is no question that autonomous vehicles are safer – that goes for autonomous vessels too,” says Billesø. Indeed, some studies suggest that we can save lives by diminishing the human element of transportation sooner rather than later. The reasoning is that machines don’t fall asleep at the wheel or run red lights to make their next meeting and so, some of the estimated +90% of crashes caused by human error may be avoided. With that in mind, the conversation around safety is skewed unevenly towards disaster scenarios, concludes Billesø: “The discourse is focused too heavily on the 2-5% of cases, where autonomous technology alone won’t cut it, and too little on the majority of cases in which the technology could improve safety massively.”

There’s no denying that truckers have it rough. Drivers work long and irregular hours; their routes take them far away from friends and family and, on top of that, they’re counted on to do their own heavy lifting if need be. “We need to look at how autonomous solutions can benefit our drivers. If the technology can, for instance, reduce the need to work nights, we could take massive strides in improving working conditions for truckers,” says Billesø.

The whole idea is for the autonomous technology to complement the efforts of drivers and ultimately reduce the strain of long-haul drives, heavy lifting and more. It’s an approach popularly dubbed ‘Human in the Loop’. “We’re currently part of a research project out of Århus University which explores how humans and robots can interact optimally,” says Billesø. “So far, we’ve only been confirmed in our belief that the best results are achieved when you delegate mundane, repetitive tasks to robots and leave creative thinking to humans.”

As such, self-driving technology is poised to shoulder many of the heavy burdens of long-distance trucking and improve working conditions for drivers.

For the shipping and logistics industry, the future is and has to be green. To reduce its environmental impact, the industry will have to rely on a patchwork of solutions counting optimisation through IoT technology, alternative fuel sources and more. In that respect, self-driving trucks will play an important part in making logistics greener. “Autonomous systems will be able to optimise their performance towards environmental targets, reducing fuel consumption by upwards of 40%,” says Billesø.

Additionally, autonomous tech could make battery powered trucks more economical, says Billesø: “One underlying issue of electrical trucking is the expense of having a long-haul trucker waiting around for hours whenever the truck needs to charge.” Without that expense, electrical trucking would become all the more viable from a business perspective.

Future Perspectives: Why Partnerships Are Key to Autonomous Success

Self-driving fleets will, undoubtedly, be a game changer for the logistics industry, but the question is how companies can make the most of the new technology. “Through partnerships,” says Billesø. “If you’re able to strike up the right partnership between experts in transportation and technology, you’ll simply outperform the competition.” As such, success will hinge on any logistics provider’s willingness to open up, share findings and experiment with their expert suppliers.

However, partnerships between tech and transportation won’t cut it, unless the authorities are kept in the loop, Billesø predicts: “Sweden has become one of the vanguards of autonomous trucking, in part because the Swedish companies have managed to include the transport authorities early on in every project.”

All companies should strive toward developing close partnerships with the authorities for myriad reasons. First of all, such partnerships ensure that public welfare is prioritised over profit. Secondly, it’s the authorities who will ultimately decide when and how technology can be tested in public. Lastly, closer ties to the authorities will lend credibility to autonomous trucking as a whole and positively impact the greatest prerequisite for success: public perception.

Are you attending the Transport Logistics Fair in Munich? Book a meeting with our sales team and meet us there!

DFDS is one of the largest providers of specialised and fully integrated supply chain solutions in Europe. Learn how we help our customers grow here.

Back to DFDS at the Munich Fair

Book a meeting with a DFDS industry expert, experince our latest digital solutions, see our new routes, and more.

Check out the fascinating and informative stories DFDS has written about the different industries we cover and get up to date the latest news and trends.